When you feel sad, or scared, or anxious, it is common to feel “a pit in your stomach” and I am sure you have heard someone talk about “a gut-wrenching feeling.” Those aren’t just idioms — there is some real truth to why you feel those feelings in your gut. Your digestive tract’s health is interconnected with your brain and affects your mood and mental health; when one is out of balance, chances are, the other is affected.

Which is why, in many cases, addressing a mood or mental health disorder begins by addressing gut health. 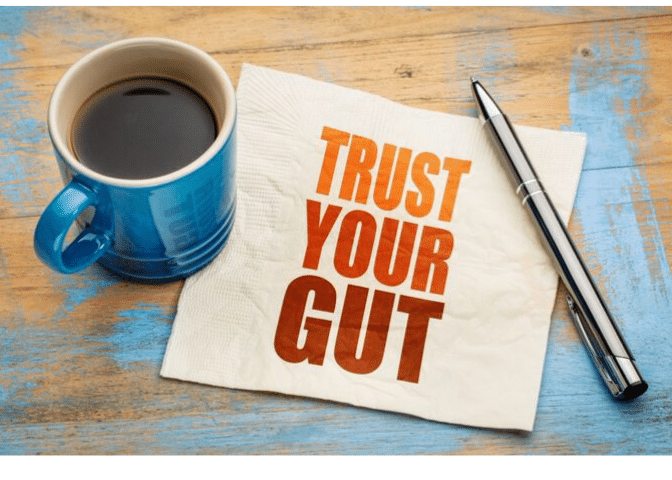 Keeping Our Microbiome Happy and Healthy

The bacteria in our digestive tracts, known as the microbiome, play a very important part in not only digestion, but also in many aspects of our health, including mental well-being. For every one human cell in the body, there are 100 bacteria, and trillions of these bacteria live in our digestive tracts. When you think about it, we are more bacteria than we are human! So it’s essential to ensure that our gut microbiome are happy and healthy to feel happy and healthy ourselves.

There are many different strains of bacteria in our guts, some of which have been well studied, while others are yet to be discovered. But one thing we do know is that an appropriate diversity of bacterial strains in our digestive systems is critical for well-being. Both beneficial and harmful bacteria exist in our gut, and when they are out of balance — when the amount of harmful bacteria outnumber the beneficial — it is called ‘dysbiosis.’

Dysbiosis can occur for a variety of reasons, from diet choices and antibiotic use to c-section birth deliveries. Some bacteria can produce substances called lipopolysaccharides (LPS) which are toxic to the human body and over-activate the immune system. This results in both inflammation and depressive symptoms, such as loss on interest in activities, anorexia, and changes in weight.

Stress increases the permeability of the digestive tract which makes it easier for substances such as LPS, to enter the bloodstream and wreak more havoc in the body.

Good bacteria in the gut also activate a large nerve — the vagus nerve — which runs from the brain stem into the gut and is responsible for telling our brains to rest, digest, relax and feel calm. Healthy bacteria in the gut do a great job of this, however, the harmful bacteria, fungi, and parasites do not activate the vagus nerve like the healthy ones do and therefore cause distress.

It is therefore important to have the right balance of bacteria in the gut to promote feelings of calm and avoid anxiety. It works both ways too: staying calm and managing stress is important to keep the gut tissues healthy and prevent inflammation in the body and brain. 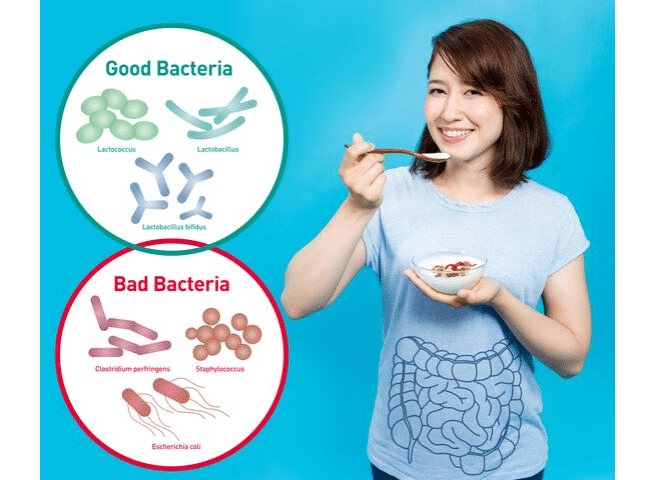 Neurotransmitters and the Gut-Brain Connection

Neurotransmitters are chemicals in our bodies which act as signals between neurons to regulate mood, behavior, appetite, sleep, sexual desire and sexual function. Much of the neurotransmitter serotonin is actually produced in the digestive tract and it is believed that serotonin is largely responsible for the gut-brain connection.

There are strains of bacteria in the gut which produce serotonin from an amino acid – tryptophan – and research shows that if your body is lacking these strains of bacteria, you experience changes in mood and behavior. Other strains are able to produce dopamine, another neurotransmitter which is responsible for our reward system and as well as motivation. In a way, healthy bacteria are our body’s own natural anti-depressant!

Because of the strength of this gut-brain connection, maintaining a healthy and diverse microbiome is one of the emerging treatment approaches for addressing mental health concerns.

Food allergies and intolerances refer to foods which cause an immune reaction. A food allergy which causes symptoms like anaphylactic shock, such as a peanut allergy, is known as an IgE food allergy and these can be life threatening (IgE refers to the specific type of antibody of the immune system that is involved).  Food allergies which are IgG mediated involve a different type of immune antibody, are not life-threatening on their own, and are generally referred to as a food intolerances.

Although both are immune mediated — meaning they cause inflammation and result from or are triggered by an abnormally regulated immune response — they are generally different in the type of symptoms they create. Food intolerances, can produce a wide array of symptoms, from fatigue and brain fog to eczema, digestive upset and migraines. Food intolerances have also been associated with mood and behavior changes. Ingesting foods you’re intolerant to can increase inflammatory markers, known as cytokines, in the brain and contribute to depressive symptoms.

The easiest way to know of you have food intolerances is testing. If you would like to schedule a food allergy test click below!

I Would Like to Get Started with My Free 15 minute Consult!

How can you tell if your digestive tract is healthy?

When your digestive tract isn’t healthy, your body will often give you signs. These signs include:

In addition, if you have been diagnosed with Crohn’s disease, ulcerative colitis, Celiac’s disease, leaky gut, or irritable bowel syndrome, there are issues within your digestive tract.

In most cases, if your digestive tract is healthy, you will have regular, well formed bowel movements with little to no bloating, excessive gas or belching and no pain. A Naturopathic Doctor is highly trained in digestive health and help identify any imbalances in your microbiome, food allergies/intolerances, as well as provide safe and effective therapies to restore health to your gut and mental well-being.

We offer advance testing including comprehensive stool analysis, food allergy testing, organic acid testing, adrenal testing and more. If you are stuggling with anxiety, depression, digestive issues – we can help.

If you would like guidance on how to improve your mental health, schedule a free 15 minute phone consult with our Naturopathic Doctors to get started on your health journey.