Stress! We all have some form of it, some more than others. Is it any wonder that stress permeates our modern lives with so much uncertainty in our political, economic, and social futures? In the past few decades, more and more attention has been directed toward stress and the management of this condition, which is sometimes called the silent killer. So what is stress, and what causes stress? These are the questions we are going to tackle in this article, so sit back and relax, and keep reading because what you learn while reading this article will help you in your day-to-day lives! 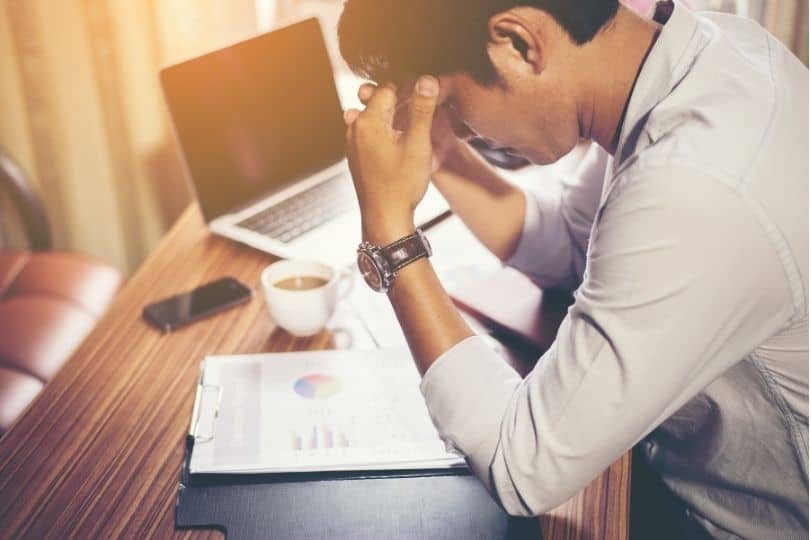 Stressing the History of Stress

When talking about science and medicine, in particular, it’s often helpful to understand how conditions come to be known and diagnosed. If we are to trace our modern-day conception of stress we have to take a quick journey back to the mid-19th century to a Paris-trained scientist named Claude Bernard, who developed the concept of Milieu intérieur, which describes the importance of the internal environment of the human body.

The concept that there is an internal environment with processes that regulate and ultimately manifest our external reality is the foundational concept that led Walter Cannon to coin the term homeostasis.

Homeostasis describes how our bodies maintain a steady internal state through the balancing of chemicals in the body.

Walter Cannon was important and notable to the development of the theory of stress for more than coining the term homeostasis, as he worked to develop the concept of “fight or flight.”

The fight or flight response describes how animals, including humans, respond to various threats (stress) by fighting off the threat or running away to avoid the threat entirely. There is a third response to threats that have also been shown to occur, namely the freezing response in which we are paralyzed by fear and unable to respond to the threat.

I want to take a second when describing the history of stress to emphasize that the word stress can be traced back to the Middle Ages and is derived from distress, which is a state of extreme necessity or misfortune. I point this out because originally, stress was not related to a physical or even psychological state but more to a person’s situational or societal standing.

Ok, let’s get back to how we have derived our current understanding of stress. Building on the work of Walter Cannon was Hans Selye, a Hungarian-Canadian endocrinologist who described general adaptation syndrome. General adaptation syndrome (GAS), which describes how organisms’ bodies (hormones and body reactions) respond to stressors, both good stressors (eustress) and bad stressors (distress). Selye’s work dived into the individual hormones that were contributing to an animal’s reaction to stress and set the stage for the physiology of stress.

In summary, stress has been a condition humans have dealt with since the beginning of their existence. Although the causes of stress have changed over time due to a shift in our lifestyles, the body’s response is still the same. Let’s get into the physiological response to understand better what the brain and body does in response to stressors. 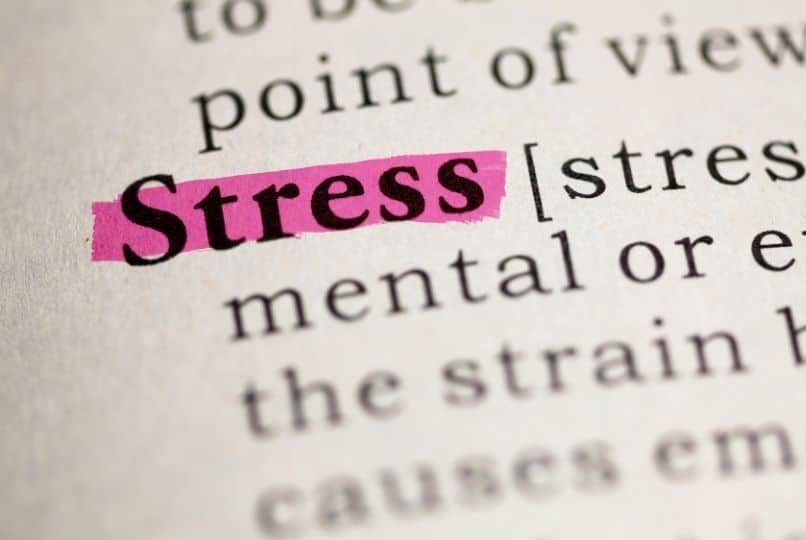 The Body’s (Physiological) Response to Stress

General Adaptation Syndrome (GAS), as described by Selye, has three stages. The first stage is alarm, which ultimately starts the process of increasing hormones such as adrenalin (epinephrine) and noradrenalin (norepinephrine), so we can handle the threat.

Stage two is the resistance stage that is characterized by increasing hormones that help us handle the threat. Stage three is either called the recovery stage or the exhaustion stage, depending on how the organism’s body responds to the stress. If the stress resolves and hormone levels come to regulate back to baseline levels (aka homeostasis is re-established), then the individual is in the recovery stage. On the other hand, if the stress continues or the hormones are depleted, and the body is unable to respond with more hormone production, then stage three is characterized as exhaustion.

When a sympathetic response occurs, hormones such as adrenaline and cortisol are increased. Adrenaline is released to mobilize sugar into the bloodstream so that our muscles have the energy needed to handle the situation. Without adrenaline release, we would be sluggish in our response, which could mean death in the ancient past. Adrenaline also has many other effects, such as increased heart rate and blood pressure, which is partially due to adrenaline’s ability to constrict vessels.

Adrenaline’s ability to constrict blood vessels becomes extremely beneficial for survival, particularly when an injury occurs while fighting off a threat. The constriction of the blood vessels improves the odds that you don’t die due to blood loss and hopefully allows you to escape and reach a place of safety to tend to the wound. You can think of the hormone adrenaline as your body’s quick-acting stress hormone. You may be familiar with the feeling of these hormones in situations where someone startles you, or you have to slam on the breaks in the car.

Cortisol is often considered the body’s primary stress hormone, which can be thought of as the body’s slightly more delayed response to stress. Although I’ll point out that slightly more delayed only means minutes when talking hormones. Cortisol has some of the same effects on the body as adrenaline, including increasing your blood sugar and blood pressure but has other effects, such as suppressing your immune system and decreasing your sex drive.

If you’re asking yourself why your body wants to decrease your immune system and sex drives in times of prolonged stress, it’s because the body prioritizes its responses based on survival. Coming down with the flu or thinking about sex isn’t going to be helpful while running from a bear or tiger, so the body turns it off to mobilize resources toward things that will ensure you’re able to fight off a cold or have sex with your partner in the future. Keep in mind that these hormones have other effects not here described, but this description should give you an idea of what’s happening. 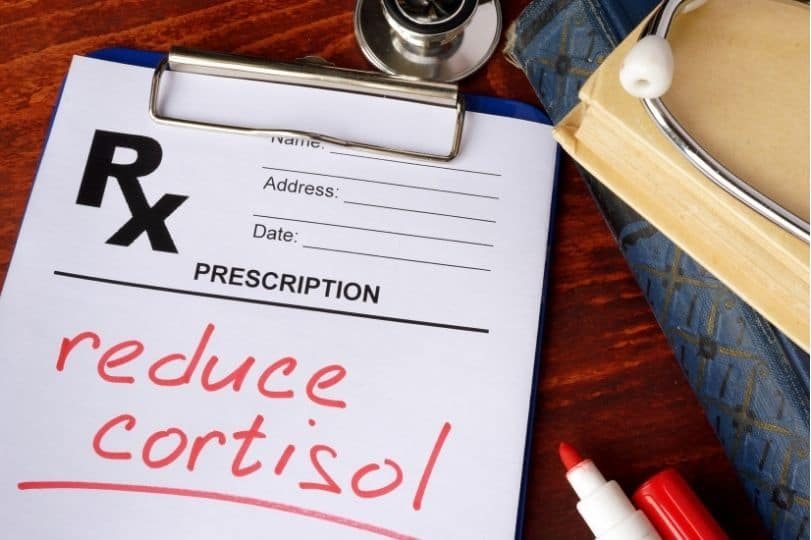 We haven’t yet talked about the body pathways that actually lead to these hormones being released, which we are going to do now. Many of us have at least heard of the hypothalamic-pituitary-adrenal (HPA) axis, which is the pathway that leads to the release of stress hormones. It all starts in the brain, specifically the hypothalamus, which releases a hormone that travels to another region of the brain called the pituitary gland.

If you’re wondering how your stress hormones are functioning in your body, we have specialty testing that can give you in-depth information. Our Naturopathic Doctors work with patients at their Gilbert location in-person and offer telemedicine appointments.

Schedule An Appointment
Call Us Today 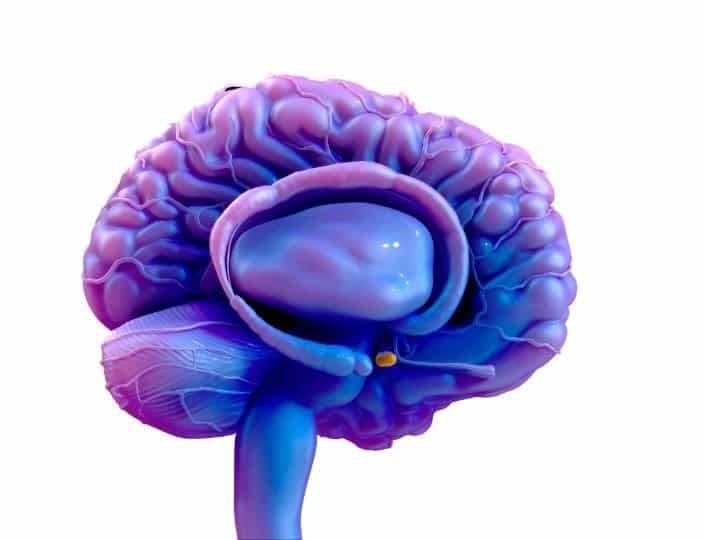 The Medical Consequences of Stress

Phew! Now that all the hard work associated with understanding hormones is done, we can move on to the importance of managing your stress. I’m going to attempt to simplify how these hormones cause the long-term health problems we see in individuals with prolonged high-stress levels; often, medical conditions have more than one factor that contributes to the development of a disease. With that said, let jump right into it!

We discussed earlier how both adrenaline and cortisol cause increases in blood pressure and heart rates. Whenever you see this combination, you’re going to have increased rates of cardiovascular (heart and blood vessel) related problems. Why? Well, you can think about your heart and blood vessels like a mechanical pump and a garden hose. If you place too much stress (pun intended) on a mechanical pump by asking it to do more work, which can occur when you increase the pressure it has to fight against to move the water through a more narrow hose, you’re going to increase and quicken the wear, tear, and malfunction of the pump. Translated into human disease terms, you’ll see increased congestive heart failure and heart attacks.

If we take the same example of the mechanical pump (heart) and the garden hose (blood vessel) and view things from the garden hose perspective, you’ll find that adding increased pressure over extended periods of time will cause the garden hose to wear out, crack, or leak. You can expect things like increased rates of atherosclerosis and strokes, among other cardiovascular problems.

Decreasing the ability of our immune system to function properly leads to increased incidences of viral and other types of infections. While we could list out a large laundry list of diseases linked to prolonged high stress, it’s important to take home the overarching concept that stresses taxis the body system. Like machines, you can only stress the system so much before things start to go wrong, or it breaks entirely. 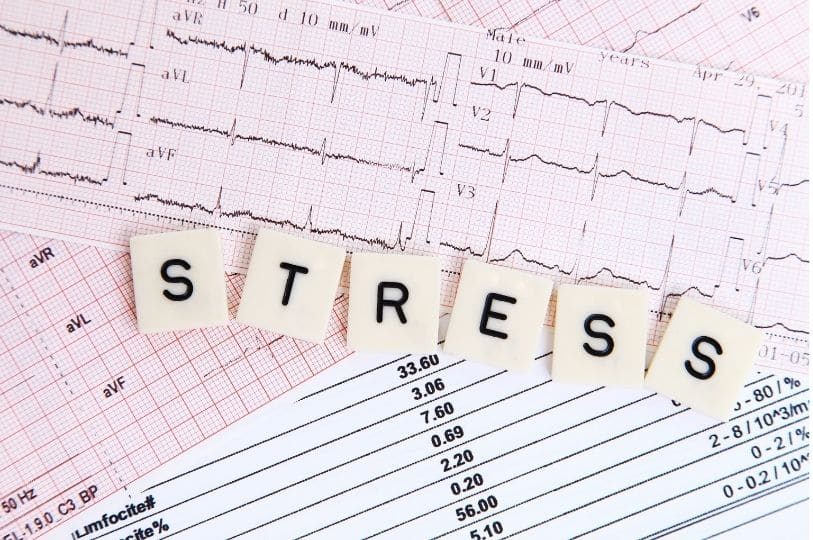 It’s worth mentioning that if you feel like you are under immense stress or that you are having difficulty managing your stress, you shouldn’t put off addressing this issue, thinking it will magically disappear. Stress is a complicated condition that has both a psychological component and a physical component. Addressing just one of the components may not solve your stress problem, which is why working with someone trained to address both the psychological and physical aspects of stress is the ideal way to handle this concern.

So take control of your stress and reach out today if you need help!

If you find that your stress is getting out of control or affecting your quality of life, reach out to one of our Naturopathic Doctors today! We offer in-person and telemedicine visits and work with each individual to find the root cause of your concerns.